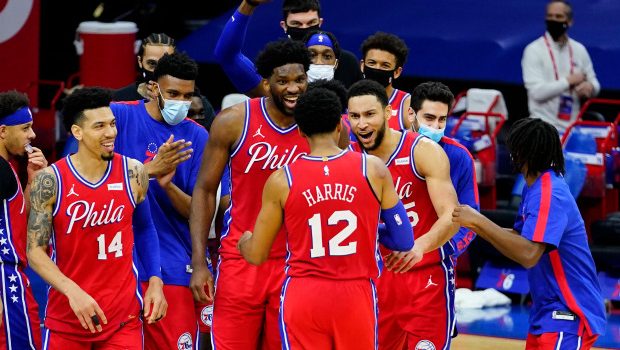 HERE’S WHY SIXERS BIG 3 ARE NEXT TO IMPOSSIBLE TO STOP!

And he now has a big three of Philly’s own: Joel Embiid, Ben Simmons and Tobias Harris.

Opponents might shut one of them down, or even two, but not all three.

Embiid, Simmons and Harris are the reason why the Sixers are the No. 1 seed and they have a 2-0 lead in their Round 1 series. In their Game 2 win, Embiid and Simmons had 22 points each and Harris had 19 as the Washington Wizards had no idea how to defend all three players.

Harris averaged 19.5 points on 51.2% shooting. His rise has allowed the Sixers to attack every coverage they see. Opposing teams will send a lot of different coverages in order to try and defend Simmons and Embiid, but then there is now Harris that teams have to worry about.

“What’re they gonna do with Joel?” Rivers continued. “They’re gonna front, they’re gonna trap, they’re gonna do the walkovers, are they going to trap Tobias? Are they going to not switch with him on pick-and-rolls? I think through the year the guys are reading that. They’re seeing it. They know it early and they’re starting to take advantage of the coverages. When they can do that without coaching, you know your team has made a big step.”