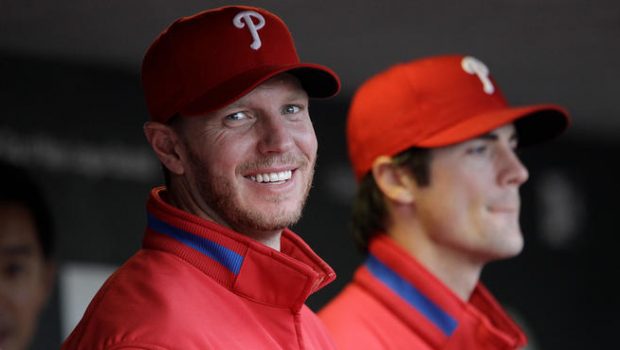 “This is vintage Doc,” said Brian Schneider, one of Halladay’s former catchers.

“In Philly, they were going to take him out after he walked off the mound after the top of the eighth. They’d called the bullpen and told [closer Brad] Lidge that he had the ninth. In between innings, Doc always went down the steps of the dugout and sat alone below the dugout.

“When he got there, [manager] Charlie [Manuel] and [pitching coach] Rich [Dubee] were there with their hands extended to tell him what a great job he did. Doc shimmied around them. He ignored them. He didn’t even acknowledge they were there. He sat in his chair. No words were exchanged by anyone. There was no confrontation. They weren’t scared of Doc, but they respected him so much. The look on the faces of Charlie and Rich were priceless. It was like, ‘I’m not taking him out.’ And, ‘Well, I’m not taking him out.’ They called the bullpen and sent the message to Lidge that Doc was going to take the ninth.”