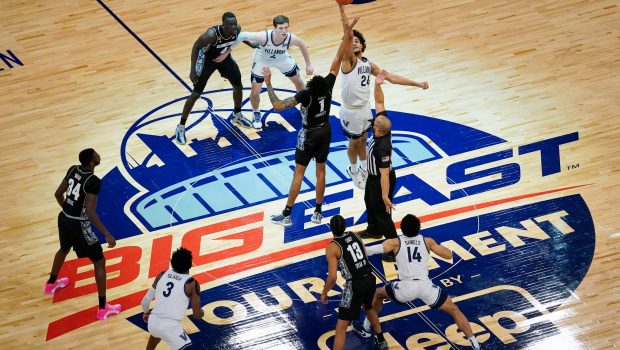 WHY NOVA WILL COVER THE 6 AND BEAT WINTHROP FRIDAY NIGHT!

It seems like everyone on TV has counted out Villanova, whose season is now on the brink after point guard Collin Gillespie wrecked his knee on March 3 against Creighton.

True, the Cats miss Gillespie, but there is a reason they are faves against 23-1 Winthrop in the first round of the NCAA tourney this Friday night.

They have been a very good team all year and they have a great coach in Jay Wright.

In general, the better seeded teams have a better chance to win. But sometimes the oddsmakers see it a little differently. In any game in which the seeding and bookmakers disagree, go with the bookmakers.

Based on the very early lines, one team that stands out is Rutgers, which is a 10 seed, but favored by about 2 points over seventh-seeded Clemson.

Based on computer power rankings, some possible upsets that won’t really be upsets in the second round include Villanova over Purdue and Tennessee over Oklahoma State.

Inevitably, there are teams that get hot in their conference tournaments and get a lot of buzz to do well in the NCAA tournament. Don’t fall for the hype.

A streaky team, like Georgetown, which won four straight games to take the Big East tournament as a No. 8 seed over the weekend, is very likely to go back to how it was playing for most of the season.

In contrast, the teams that crashed out early in their conference tournaments — like Villanova, which lost to Georgetown in the quarterfinals of the Big East — are very likely to go back to playing well.

A surprisingly good indicator of tournament success was unearthed by FiveThirtyEight a few years ago: the preseason poll. Teams that were ranked highly going into the season but underachieved often do well in the