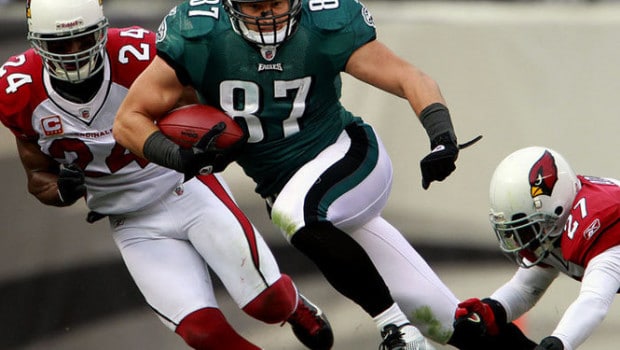 HERE’S WHY NO ONE WANTS TO PLAY EAGLES IN THE PLAYOFFS!

Eagles fans are on Cloud Nine about the turnaround in the team’s fortunes, and they should be because the Birds are in the catbird seat in the awful NFC East.

Which means they have a good chance to make the playoffs for the second time in coach Chip Kelly’s three seasons.

And the truth is that no team wants to play the Eagles in the postseason because they are getting hot at precisely the right time.

Though Kelly’s offense has often sputtered and stopped, his defense has had some huge games this season.

In Week 6, they intercepted Eli Manning twice and held the Giants to seven points.

In Week 5, they beat the Saints 39-17, a margin that was skewed by a meaningless touchdown pass on the last play of the game.

In Week 3, they intercepted Jets quarterback Ryan Fitzpatrick three times; Fitzpatrick has thrown only eight interceptions in his other 12 games.

Of course, they have had some stinkers, too, and those stinkers have come in recent weeks, giving up 45 points in consecutive losses to the Lions and Buccaneers.

You can expect that kind of inconsistency with a defense that relies on turnovers, and the Eagles have forced 25 this season, more than anyone except Carolina.

The Eagles also play excellent special teams, led by Darren Sproles and his 434 yards and two touchdowns on punt returns, both the best figures in the league.

We saw how dangerous the Eagles could be when they beat the Patriots 35-28 two weeks ago — there’s no reason they couldn’t get similar big plays in the postseason.