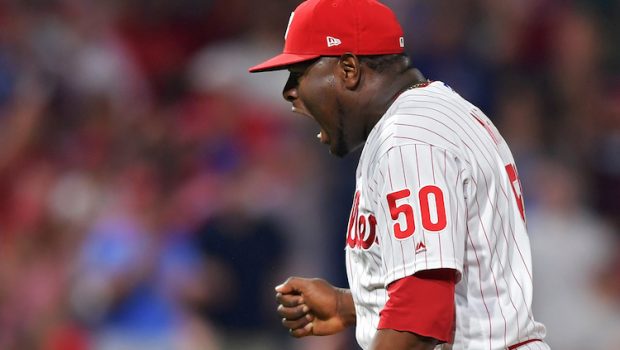 HERE’S WHY MLB HAS BEEN DESPERATE TO PLAY EVEN 60 GAMES!

“A disgusted nation wishes MLB didn’t bother playing a shortened season, which is why it’s more urgent than ever for players to put on the best possible show through daunting health risks and labor animosity,” says Jay Mariotti.

The Phillies, for instance, now have counted 12 positive tests among players and staffers.

If the protocol included daily coronavirus testing, there might be a modicum of confidence.

But the tests are being administered “multiple times a week,’’ whatever that means, through a lab based in Utah, a state with no direct connection to MLB.

When a player tests positive, his team will continue to play games while he is quarantined.

How To Make The Best of Baseball’s Stink