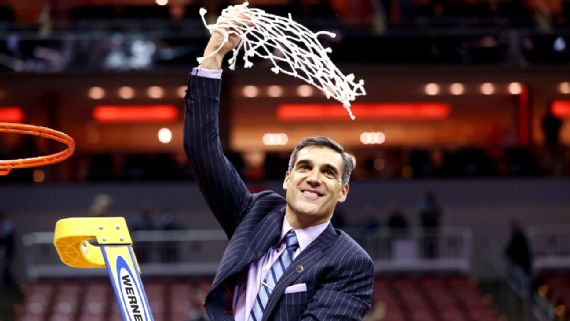 HERE’S WHY JAY WRIGHT IS STAYING AT VILLANOVA

His name has never been hotter in NBA circles, but this would actually be the worst possible time for him to leave Villanova.

Wright spent all of Final Four week talking about how long it took to build his program the right way, so why step away?

That’s especially true in this particular off-season, when it’s likely that a good chunk of Wright’s championship team will return, including leading scorer Josh Hart, and the hero of this year’s Final Four Kris Jenkins.

And if there was any doubt that ‘Nova is as committed to Wright as he is to them, there’s that $22 million donation that was made to the basketball program. (program or to the school for the arena)