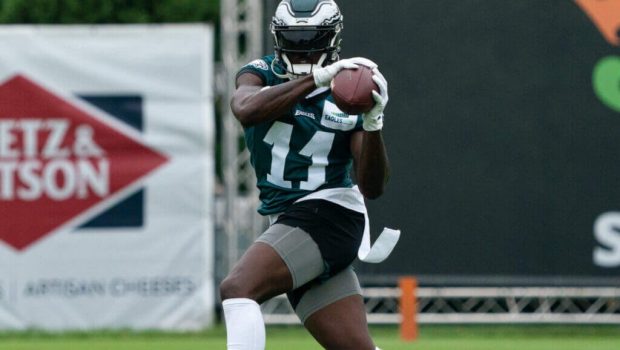 Eagles QB Jalen Hurts spread the ball around against the Jets.

“I’ve always talked about the trust to have with everyone on the field,” Hurts said.

“So just going through my progressions, doing my job. Let the playmakers make plays.

“It didn’t go his way tonight.

A.J. Brown, who has been Jalen Hurts' favorite target in training camp, didn't see a pass come his way in his #Eagles preseason debut. He explained why:

“Going into the game, Jalen told me he wasn’t going to throw me the ball. That’s how it was going to go.”