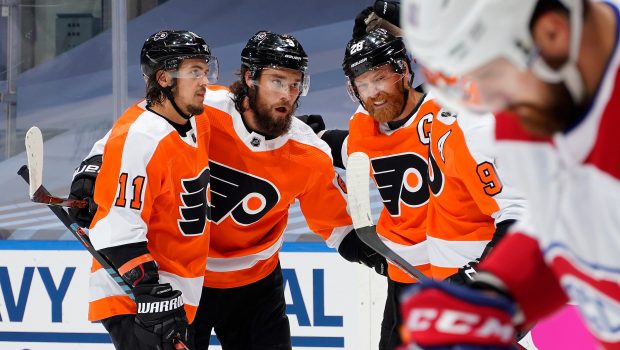 HERE’S WHY FLYERS ARE LOOKING GOOD FOR 1ST CUP SINCE 1975!

The Flyers arguably had more momentum than any other team when the league went into shutdown in March, but I ranked them 7th last week because I wondered how much the extended layoff would hurt them.

As it turns out, they might be better than ever.

They were arguably the most impressive team in the round robin/play-in stage and, as a result, they’ve got the No. 1 seed in the Eastern Conference.

They were able to roll four lines and maintain relentless pressure during all three of their round robin games.

They’re skilled, deep and tough but the most impressive aspect of their game might be how hard they work and how the foot never seems to come off the pedal — even after a nearly five-month layoff.

One area they need to improve is on the power play (0-for-11 in round robin).