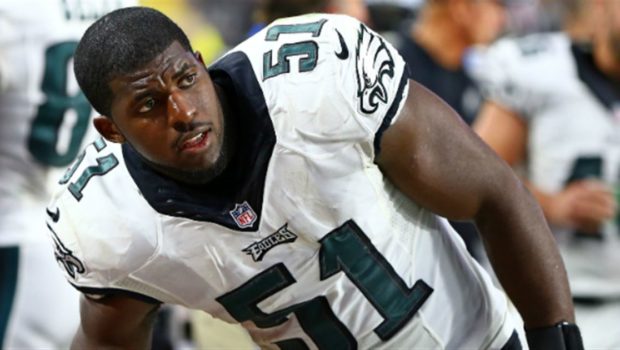 For four days, the 2013 Eagles linebacker who is now an ESPN analyst had thought about what he could do to ease the racial tension after George Floyd’s murder.

“My white brothers and sisters,” he implored via social media May 26, one day after Floyd died while in the custody of Minneapolis police, “we need y’all’s help.”

Then Acho asked himself: How could he help his white friends help his black ones?

By last Sunday, he was recording the pilot of “Uncomfortable Conversations with a Black Man.” The video, unscripted and recorded in just one take, has garnered more than 19 million views since its launch Monday night.

Quoting the Old Testament Book of Esther, Acho wonders if this moment was the reason why he was put on earth. Merging his black and Nigerian cultures with experiences culled from a predominantly white Dallas private school – not to mention the multiracial communities he’s lived in and worked in as an adult – Acho debuted a four-question dialogue in “Uncomfortable Conversations,” queries he hopes will help explain the black experience to white people grasping to better understand.

Dear white people,
For days you’ve asked me what you can do to help. I’ve finally found an answer.

Let your guard down and listen. pic.twitter.com/74SVv8XOqp