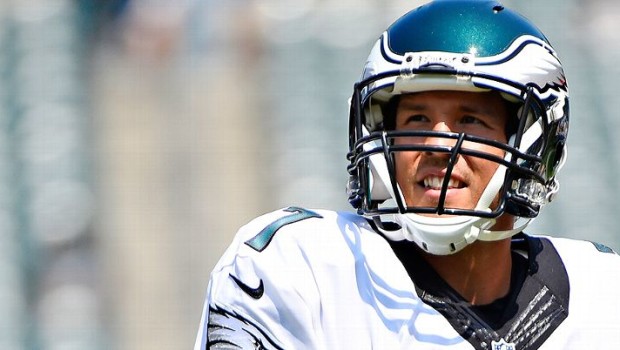 HERE’S WHY ‘EAGLES WILL DRAFT A QB’ MEME IS JUST A HYPE!

From the start of the 2015 league year until the start of the 2016 league year — the Eagles spent $201 million on payroll in real dollars, way more than any other team in the NFL (Miami was next at $187 million). That includes their big splurge on QB Sam Bradford (above) and re-signing Vinny Curry and Zach Ertz and all of those guys, and it doesn’t even include the big bucks they gave backup QB Chase Daniel.

Owners don’t do that to then go out, in a year in which they are clearly in win-now mode in a watered-down NFC East, and then go spend another $25 million on a quarterback in the draft when they still have many other needs.