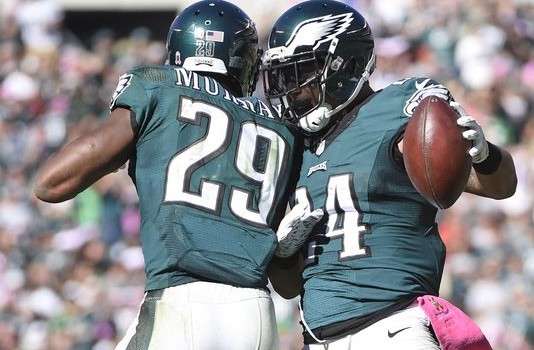 HERE’S WHY EAGLES WILL BEAT THE COWBOYS — MAYBE EASILY!

It’s Week 9 of the NFL season and there are certain hard truths that must be faced, and here’s why the Eagles will win Sunday’s night’s game at Dallas, maybe easily:

The Cowboys cannot seem to win without Tony Romo at quarterback. They have not won since beating the Eagles, 20-10, in Week 2, the game in which Romo broke his collarbone. Though he participated in team drills this week, Romo cannot return to action until Nov. 22 against the Dolphins.

For now, Dallas will have to continue to make do with Matt Cassel and Brandon Weeden. Perhaps the only thing working in the Cowboys’ favor is that the N.F.C. East is the conference’s version of the A.F.C. South, though not quite as bad. Anyone can still win it, and whichever team does may do so with a laughably poor record.

While the Eagles are still at the mercy of the inconsistent play of quarterback Sam Bradford, they have at least been able to establish some semblance of a running game of late. After a dreadful start to the season for running back DeMarco Murray, who rushed for 2 yards in a Week 2 loss to his former team, he has averaged 86 rushing yards in the Birds’ last three games. Ryan Mathews has also come on of late and is averaging 6.1 yards per carry for the season.