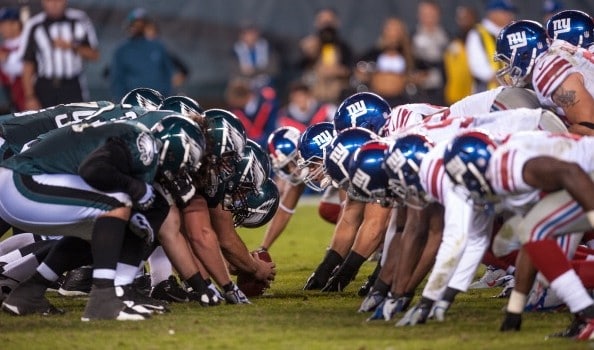 HERE’S WHY EAGLES WILL BE MORE THAN COMPETITIVE IN NFC EAST!

The NFC East has been criticized on merit for being the worst division in the NFL.

After a pair of 10-win seasons and a trip to the playoffs, the Eagles handed control of personnel decisions to head coach Chip Kelly last year. Kelly re-made the roster in his image, trading for quarterback San Bradford and handing big free agent deals to the likes of running back DeMarco Murray and cornerback Byron Maxwell.

The results weren’t what either Kelly or the Eagles had hoped, and after a 7-9 backslide of a season just like that Kelly was shown the door.

The Eagles settled on Kansas City offensive coordinator Doug Pederson as their next coach, who is stylistically about as far from Kelly as you can get. Where Kelly is all bombast and gimmicks, Pederson is a reserved coach who favors a much more “classical” offense.

That wasn’t the only departure for the Eagles. Far from it. In fact, executive vice president and general manager Howie Roseman (back in the saddle again) wasted no time erasing Kelly’s fingerprints from the roster.

Maxwell and Murray? Traded to the Miami Dolphins and Tennessee Titans, respectively. Maxwell was joined in Miami by linebacker Kiko Alonso, who Kelly acquired from the Buffalo Bills last spring in exchange for tailback LeSean McCoy.

The lone remaining holdover from Kelly’s machinations was Bradford, who threw for a career-high 3,725 yards in 14 starts for the Eagles in 2015. When the Eagles signed the 28-year-old to a two-year, $36 million extension the belief was that at quarterback at least, the Eagles were set.

Not so fast, my friend!

In the most stunning move of the offseason in the division, the Eagles dealt a package of picks (including two first-rounders) for the rights to the No. 2 overall pick—a pick the Eagles used to select North Dakota State signal-caller Carson Wentz.

It’s a trade that set off a firestorm of controversy in Philly and spurred a demand to be traded from Bradford, who skipped a round of voluntary workouts in protest.

Pederson has indicated all along that Bradford remains his starting quarterback, but he allowed to Dave Zangaro of Philly.com that the more time Bradford misses the more the odds increase he may have to revisit that notion:

I think it depends on when he does come back and how fast we can catch him up and put him in that situation and see where he’s at, at that time. Again, nobody makes the team in April. We’re not making any roster adjustments and letting people go. It’s all about evaluation and he’s in that evaluation process. But as I’ve said in the past, he was one, Chase (Daniel) is two and we’re moving on from there.

The turmoil under center has dominated the headlines in Philly of late, and it isn’t hard to see why. With limited resources in both the draft and free agency, there weren’t a lot of splashes made. Safety Rodney McLeod was the only free agent brought in who could in any way be considered “big money.”

In fact, it’s the additions on the sidelines who will probably have the bigger impact on the Eagles’ fortunes in 2016. Pederson’s offense isn’t flashy, but he did an excellent job of maximizing his personnel with the Chiefs. And Pederson’s hiring of highly-regraded defensive coordinator Jim Schwartz can only help a Philly defense that ranked a moribund 30th in the league in 2015.

At worst, the Eagles will be competitive. At best? Well, raise your hand if you thought Washington was going to win the division last year.