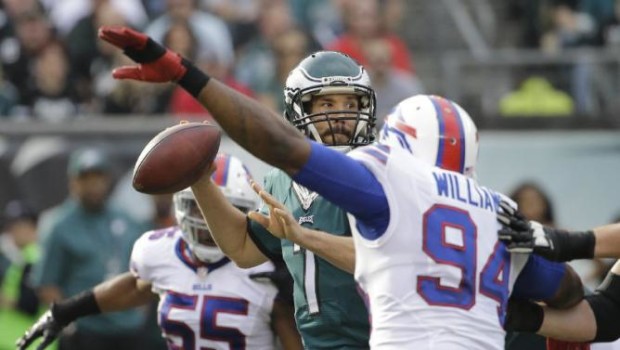 HERE’S WHY EAGLES SIGNING MARIO WILLIAMS IS A NO-BRAINER!

Here’s the reason that the Eagles signing free agent defensive lineman Mario Williams is a no-brainer:

Williams had a lot to say about Rex Ryan’s defense in Buffalo, but he also had his perfect defense to compare it to.