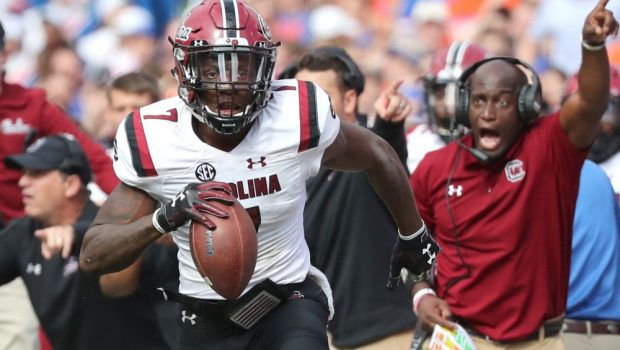 HERE’S WHY EAGLES SHOULD POUNCE ON CB JAYCEE HORN AT 12!

The 6-1, 205-pound Jaycee Horn started 10 of 11 games played as a true freshman for the South Carolina, racking up 45 tackles, four for loss, with two sacks and eight pass breakups.

He was named to the SEC All-Freshman Team and shared South Carolina’s Most Productive Defensive Player Award with linebacker T.J. Brunson for his efforts.

The son of former NFL receiver Joe Horn excelled in 2019, as well, receiving the nod as the team’s best defender during spring practices and then starting all 12 games (40 tackles, two for loss, with one sack, nine pass breakups, two forced fumbles).

He started the Gamecocks’ first seven games of 2020 (16 tackles, one for loss, two interceptions, six pass breakups) before deciding to opt out after head coach Will Muschamp was fired. SEC coaches voted him second-team all-conference after the regular season.