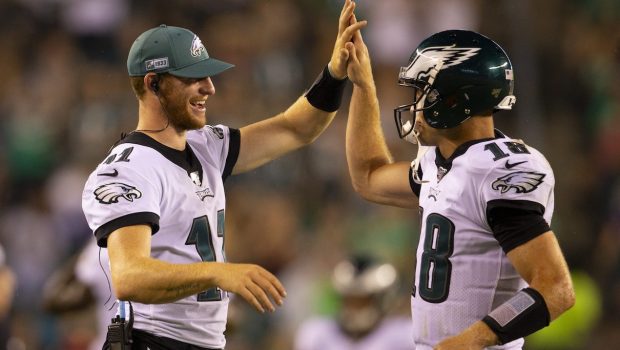 WHY EAGLES LOST MCCOWN TO TEXANS: HE MAY BE BACK AS A COACH!

McCown served an important role with the Eagles, with his relationship with Carson Wentz of primary importance to the organization and the driving force for having him on the practice squad despite living in Texas. Wentz has struggled this season, despite the counseling and mentorship from McCown, and sources said the veteran agonized overtaking the Texans contract, despite it being for multiple years and with the opportunity to be near his Texas home and be back in a locker room and practicing without having to leave his family.

McCown has been coaching a high school team where his sons play and did not want to leave and while the Eagles did not want to lose him they ultimately understood and urged him to relish the chance to get back on the field in at least a back-up capacity. With a two-year deal, it makes it increasingly likely any new Texans regime would want to keep him around as he works with Watson.

McCown remains very much on the Eagles’ radar as a potential quarterbacks coach or offensive coordinator soon after he retires, sources said, and they are among a handful of teams that believe McCown will be an NFL head coach within three-to-five years of retiring as a player.

One thought on “WHY EAGLES LOST MCCOWN TO TEXANS: HE MAY BE BACK AS A COACH!”