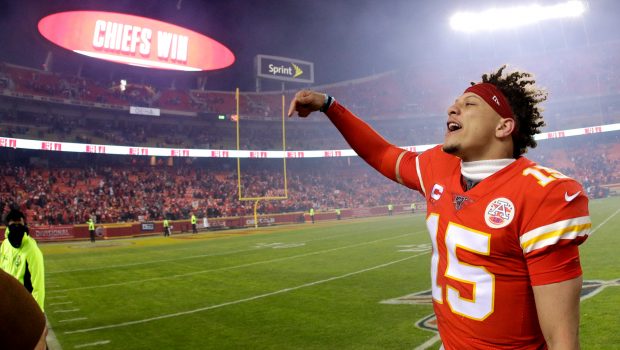 The Kansas City Chiefs opened the season as Super Bowl favorites, but a midseason injury to Patrick Mahomes caused a shakeup on the oddsboard.

Kansas City got back on track when Mahomes returned, earning the No. 2 seed in the AFC and a first-round bye followed by consecutive playoff comebacks over the Houston Texans and Tennessee Titans to reach the Super Bowl for the first time since 1969. Mahomes has been tabbed as the favorite to become Super Bowl MVP.

Entering the 2018 campaign, the 49ers were a trendy Super Bowl pick. But due to a season-ending injury to starting quarterback Jimmy Garoppolo, the 49ers finished the year 4-12. San Francisco entered this season with +4000 odds to win Super Bowl 54 and steamrolled through the regular season en route to a 13-3 record and a first-round bye.

The 49ers easily got through the Minnesota Vikings in the divisional round before taking down the Packers and will be looking to win their first Super Bowl since the 1994 season. San Fran made an appearance in Super Bowl 47, falling short in a 34-31 loss to the Baltimore Ravens, but the Niners’ current roster, coaching staff and front office is completely different from that team.

The last time these teams collided in the regular season was on October 5, 2014, when San Francisco notched a 22-17 home triumph as -4.5 favorites. Alex Smith and Colin Kaepernick were the quarterbacks for that game, so take those results with a grain of salt.

Odds as of January 21 at Bovada