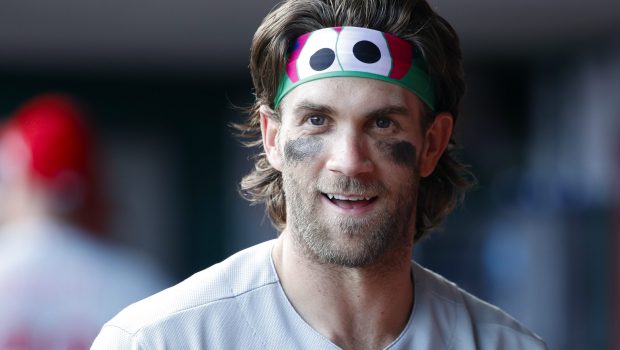 Bryce Harper, the former Nationals star and current Phillies outfielder, once again made headlines yesterday after his comments about how his experience today is different than it was three or four years ago (in Washington).

The former face of the Nationals doesn’t overtly reference any specific issues during his time in the nation’s capital, but he does speak glowingly about his newfound freedom to speak his mind – implying that he didn’t have the same luxury in Washington.

“I feel like I speak more free here in Philadelphia than I did prior, being able to talk to you guys and just be myself, I guess you could say. That’s always fun,” Harper told Phillies reporters. “I don’t know, I love playing in Philadelphia, too. So I feel like I can take advantage of that and be Bryce and just be myself here in Philadelphia. They’ve never once said to me ‘Calm down, or do this or do that, we want you to be this type or that type.’ They’ve kind of just let me be me, and they’ve liked that as well. And I really just appreciate the Philly organization for doing that for me.”

The implication here is that Harper’s former organization – the Nationals – didn’t let him “be Bryce.”

I thought this was one of Bryce's most revealing moments today. Never mentioned the Nationals but drew a clear contrast with how much more freedom the Phillies allow him:

I'm guessing he heard that more than once in D.C.! https://t.co/ALmMOsnYCs