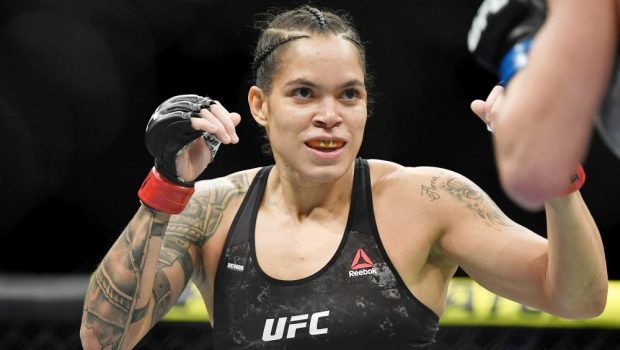 There is a reason Amanda Nunes is the most dominant female fighter in mixed martial arts history.

She proved it again last night by thrashing No. 1 featherweight contender Megan Anderson.

Nunes (21-4) forced Anderson (10-5) to tap to an armbar at 2:03 of the opening round of their featherweight title fight at UFC 259 inside the Apex. In all likelihood, she could have finished the fight any way she wanted. She rocked Anderson with a right hand in the opening minute, a shot that had the challenger on skates. Anderson was so hurt, she actually shot a takedown on Nunes, which led to a finish on the ground.

With the victory, Nunes defended her 145-pound title for the second time. She is also still in control of the 135-pound bantamweight title. She is one of only three champions in UFC history to defend titles in multiple weight classes, and she holds UFC records for the women’s divisions in wins (14), finishes (10) and wins in title fights (9).