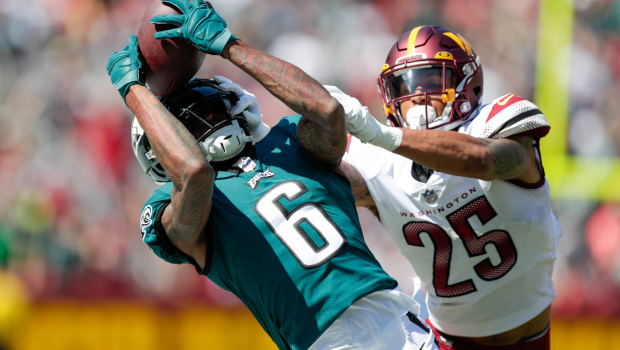 HERE’S WHY ALL 4 NFC EAST TEAMS MAY MAKE THE PLAYOFFS!

According to projections from Football Outsiders, there is a 16% chance that the entire NFC East makes the playoffs and a 15% chance that happens for the AFC East. It’s more likely both divisions will have four teams with winning records with the NFC East doing that 52% of the time and the FC East 60% of the time.

That’s because just two years after no team in the NFC East won more than seven games, all four have seven wins with six weeks to go.

Washington (7-5) beat Atlanta on Sunday to join the Eagles (10-1), Dallas (8-3) and the Giants (7-4) with winning records, giving the division a combined winning percentage of .711 for the best mark through 12 weeks by any division since the merger.

Making the performance more impressive is the turnaround from 2020 when Washington won the NFC East with a 7-9 record.