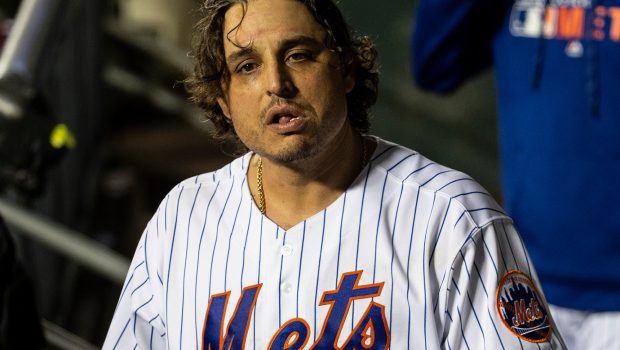 After trading for the veteran lefty hurler, Klentak said the Phillies looked into the June kerfuffle in which Vargas told a Newsday beat reporter he would “knock you the f–k out, bro”following a Mets loss to the Cubs in Chicago.

“My first thought was that was so out of character for Jason to be involved in anything like that,” Klentak told reporters of the bizarre incident. “The guy I knew in Anaheim (2013 season), it’s just not who he is. He’s not an overbearing personality at all like that. He’s very popular in the clubhouse with everybody. He’s very likable. On the mound, he’s a very hard worker and good teammate. It just didn’t add up.”

The 36-year-old Vargas was fined $10,000 for the incident alongside Mets manager Mickey Callaway, who ignited it by responding to the reporter, “don’t be a smart-ass,” after the reporter said in passing that he would see Callaway tomorrow.

“I don’t think all the information is out there,” Vargas said a few days afterward. “I don’t think this is a time to get into that, but I think anybody that knows me or has played with me through the duration of my career, there has never been a situation like that, so think it just happened out of the blue would be foolish.”

The Phillies sent struggling minor league catcher Austin Bossart and cash relief to the Mets in exchange for Vargas, who will help patch up their beat-up rotation. Vargas has been reliable of late, and is 6-5 with a 4.01 ERA in 19 appearances this season.