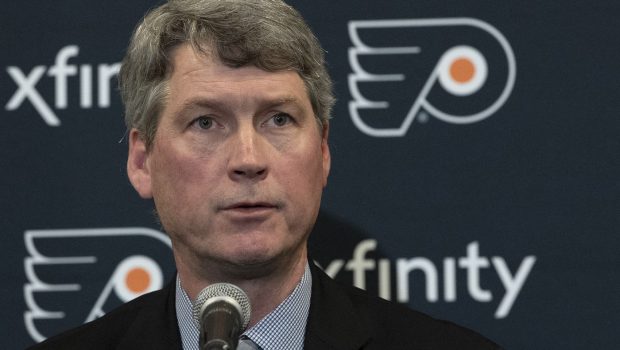 HERE’S WHAT FLYERS FANS REALLY THINK OF THE FRONT OFFICE!

According to a poll conducted by The Athletic:

Flyers fans were extraordinarily positive about the “organizational health” of the club in the survey’s first question, which asked them to rate it on a 1-5 scale.

Voters were a bit more skeptical of the front office as compared with the organization as a whole. While 93.37 percent of voters rated organizational health as a “4” or a “5,” only 81.86 percent did the same for the Fletcher front office. The result was a slightly lower average rating — 4.15 vs. 3.97.

Still, a 4 out of 5 average approval rating isn’t bad at all, especially for a front office finishing up its first full season in charge.

Most of Fletcher’s polarizing moves — the Kevin Hayes signing, trades for Matt Niskanen and Justin Braun — ended up working out just as he hoped they would and, as a result, our voters are growing to trust him. But the not-insignificant number of “3” votes (203) implies that a fair amount of people are still making up their minds about the general manager.