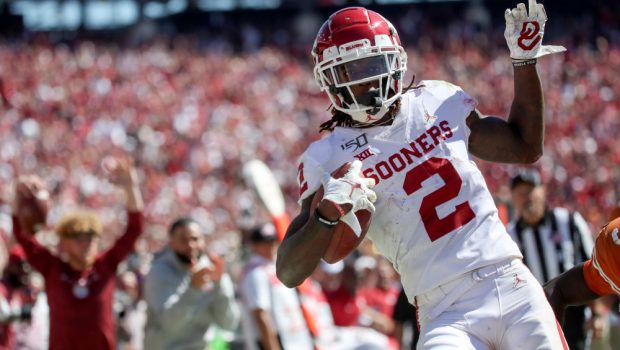 The NFL draft starts in only five days, and here’s a quick look at what the NFC East needs:

Analysis: The Eagles need to give quarterback Carson Wentz more playmakers (like WR CeeDee Lamb (above), and luckily for them it’s a great draft for wide receivers. The offensive line remains fine for now, but the depth will have to be replenished with Vaitai signing with the Lions and Jason Peters not returning. The trade for Slay was huge, but Jenkins’s exit leaves a hole in the secondary.

Analysis: The exit of Jones in free agency creates a need at cornerback. The Cowboys signed Smith, the former 49ers standout trying to make a return to the NFL, to bolster the pass rush, but he hasn’t played since 2015. The Cowboys franchise-tagged quarterback Dak Prescott and re-signed wide receiver Amari Cooper, but the offense needs fine-tuning, and Frederick’s retirement creates a need on the offensive line.

Analysis: During free agency, General Manager Dave Gettleman focused on upgrading the defense with the relatively expensive additions of Bradberry and Martinez. The Giants could continue to add in the secondary, and securing pass-rush help also would be advisable. It’s a very good draft for offensive tackles, and the Giants could go that way with the No. 4 selection to help protect Manning’s successor at quarterback, Daniel Jones.

Analysis: The Redskins seem likely to select Ohio State pass rusher Chase Young with the No. 2 choice. That’s the right move, barring an overwhelming trade offer. He is a game-changing player at a premium position. The biggest remaining task will be deciding whether to trade seven-time Pro Bowl left tackle Trent Williams. The Redskins also must add at wide receiver and tight end, in addition to potentially replacing Williams.