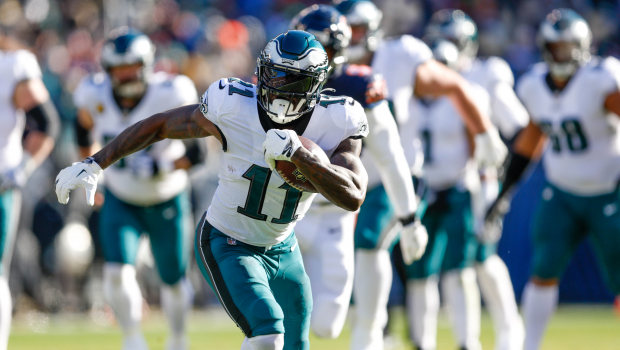 HERE’S WHAT BROWN DID FOR EAGLES: 181 YARDS, INCLUDING THIS!

Brown was having a modest day until he connected with Jalen Hurts on a 68-yard bomb. Brown fought off a Chicago defender to make the catch and then ran down the sidelined, only to be tackled just short of the goal line.