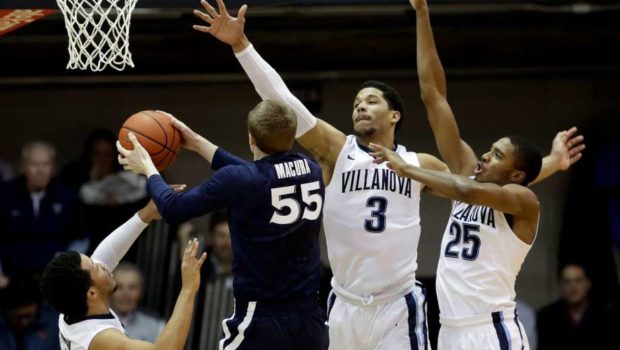 HERE’S WHY VILLANOVA IS A GOOD BET TO MAKE ANOTHER FINAL 4!

It’s still a month before March Madness begins and …

Villanova should run away with the Big East title!

And despite the depth issues — and the ever-present possibility of a cold shooting night from the perimeter — they’re in the top 15 nationally in offensive and defensive efficiency.

Josh Hart has been spectacular, Jalen Brunson has handled the point guard role well, Kris Jenkins is bound to break out of his shooting slump and Mikal Bridges is a valuable weapon.

Nova beat Virginia and Purdue, and it has only two losses, both on the road in tricky Big East games.