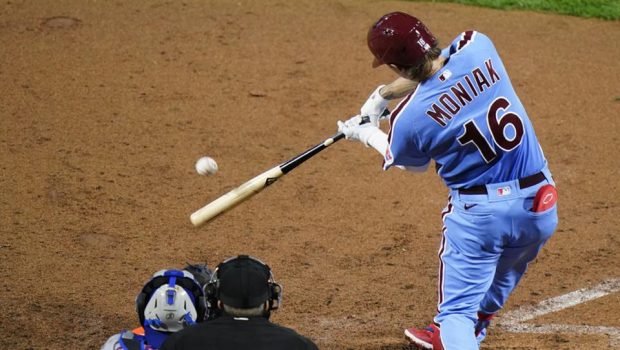 HERE’S THE PHILLIES 5-HOMER EXPLOSION AGAINST THE RAYS!

Bryce Harper hit a homer in the each of the first two innings, his seventh and eighth.

Rhys Hoskins blasted one in the first after Harper’s.

Mickey Moniak hit his sixth of the spring, and bench player Johan Comargo hit his first.

The Phillies’ 32 homers ranked third in the Grapefruit League, in which they finished 10-7.

Why have just one home run highlight when you can have 5? pic.twitter.com/fdqYUd8LIN