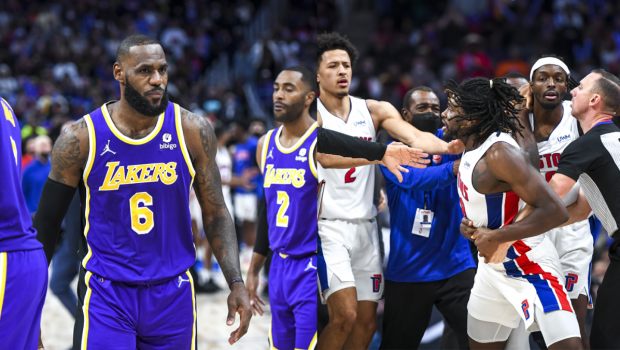 HERE’S THE LAKERS-PISTONS BRAWL — LEBRON IS THROWN OUT!

LeBron James and Isaiah Stewart were ejected after a fight midway through the third quarter of the Lakers-Pistons game on last night in Detroit. Los Angeles went on to win 121-116.

Prior to a free throw, James — jostling with Stewart as the shot went up — swung his arm and hit the Pistons’ big man in the face with a closed fist. Stewart, with blood dripping down his face, charged at James but both teams stepped in to stop the fight from getting worse.