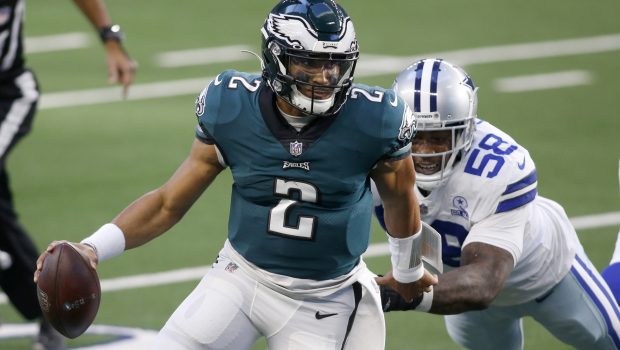 HERE’S THE JALEN HURTS PICK THAT STUCK A FORK IN THE EAGLES!

Jalen Hurts has played well since replacing Carson Wentz, but during his three starts, a pattern has emerged:

Hurts would have strong first halves and not be as productive in the second half.

Such as when the Eagles still had a chance, down 13 with 7 minutes to play, and he threw this pick right into the hands of Anthony Brown