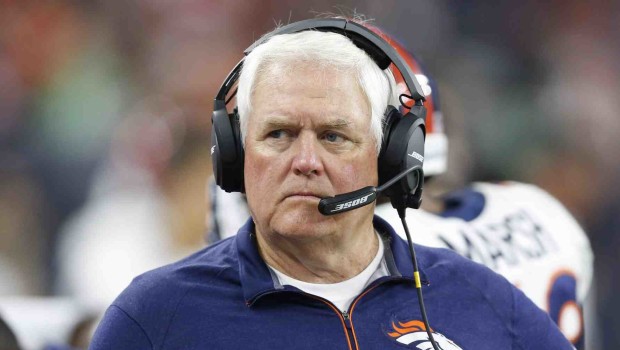 HERE’S THE GUY WHO GIVES BRONCOS A CHANCE IN SUPER BOWL 50!

Every pundit in America speaks constantly about Cam Newton and the Carolina Panthers’ fave status in Sunday’s Super Bowl.

But Denver Broncos’ defensive coordinator Wade Phillips will have something to say about the game’s outcome:

“I don’t understand the people that say, ‘Hey, this is our scheme, and that guy can’t play in it. The guy can play, he’s a good player, but he can’t play in our scheme,’ ” Phillips said last week.

“Well, to me. There’s something wrong with your scheme.”

And that, indeed, has been the secret to his success in his first year as Denver’s defensive coordinator.

He saw Talib and fellow corner Chris Harris and knew they were best suited to play man-to-man coverage.

Phillips saw Miller and veteran pass rusher DeMarcus Ware, whom Phillips also coached with the Dallas Cowboys, and knew how he could aggressively send both off opposite edges while stunting defensive ends Derek Wolfe and Malik Jackson through the middle.

Phillips saw two inside linebackers, Danny Trevathan and Brandon Marshall, who were strong against the run, but that he could trust to cover running backs on anything from screens to deep routes.

Phillips inherited all of those players from the previous regime, when Jack Del Rio ran the defense. And while the unit was a good one, Phillips made it great. All season, players have praised his play calling and knack for knowing.

“You look at his track record and how many times has Wade gone to an organization, team and real fast done things?” Broncos coach Gary Kubiak said. “It tells you what type of teacher he is.”

The Broncos had 52 sacks in the regular season, most in the NFL, and then rode the defense to Super Bowl 50 after holding the Pittsburgh Steelers and New England Patriots to 34 total points in a pair of playoff victories. The performance against the Patriots was especially impressive as Broncos defenders hit quarterback Tom Brady 20 times and intercepted him twice.

“I’m pretty confusing usually. We play a matchup zone, and people think it’s man-to-man. Then we play man-to-man, and we play some basic zone. We started a long time ago,” Phillips said.