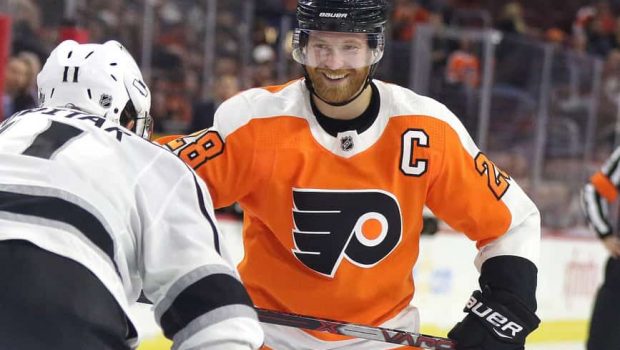 From 2010 through 2019, the Flyers have seen their fair share of triumph and mediocrity.

Obviously no Stanley Cups were added to the trophy case, but they did have some deep runs in the playoffs.

Couple that with some blockbuster trades and free agent signings and this list became a more difficult task than initially anticipated.

The Flyers’ All-Decade team features a top line of captain Claude Giroux (above) centering Scott Hartnell and Jake Voracek. Giroux has played with the Flyers since 2008 and has been far and away the best player in the organization. His consistent point production mixed with his penchant for big plays makes him the obvious choice for the number one center spot. Giroux currently ranks fourth all time in points with the Flyers. Just counting this decade, he has scored 761 points.