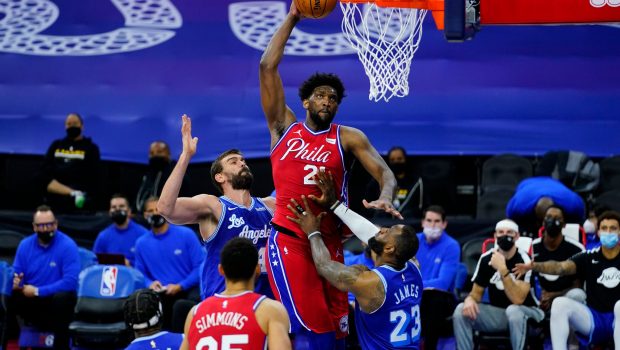 HERE’S THE CASE FOR AND AGAINST SIXERS JOJO EMBIID WINNING MVP!

Just in case you thought the case for Sixers Joel Embiid winning the NBA MVP award is just a provincial thought here in Philly, here’s what the New York Times says:

Embiid is anchoring the best team in the Eastern Conference on both ends of the floor and does not have another bona fide top-10 player supporting him.

He’s fourth in the league in scoring, while being absurdly efficient (64.4 percent true shooting). Embiid’s counting stats are fantastic, but he’s not as good a passer as other contenders. And even with his gaudy numbers, there is an argument that Nikola Jokic of the Denver Nuggets is having a better season.