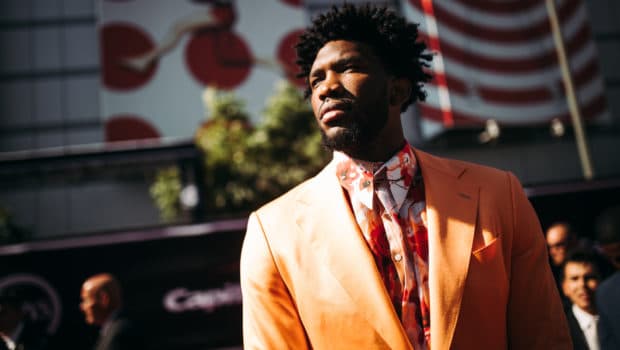 You want to know why the world loves Sixers’ center Joel Embiid?

Because he is the closest thing to Charles Barkley — he tells you what’s on his mind, even if it gets him fined!

Embiid was at the Variety Sports & Entertainment Summit yesterday in Los Angeles, and after being asked, “Joel, there’s been some trouble lately. You’ve had to be held accountable for some of the things you’ve said,”Embiid said:

“I mean, yeah, I just got fined — thank you — for saying something I think most people have been wanting to say that, but I guess I was the guy to say that, and I’m glad I said it.”

Then, when told “maybe you didn’t need the curse words,” Embiid continued:

“We gotta chill on the curse part, but that’s just something I had to do because everybody has been thinking about that. I’m glad I did it.”