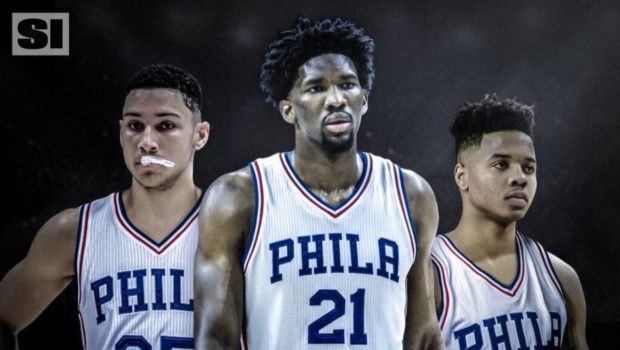 HERE’S WHY SIXERS WILL LIVE UP TO FANS’ SKY-HIGH HOPES!

I know that chants and Wildwood boardwalk tees are weird gauges of what’s popular. But it’s true: The Sixers are now the hottest team in Philly. The Eagles will get a ton of attention now that training camp has begun, but the Sixers are the team people here are excited about.

Basically, this offseason Sixers fans decided that their team is good now. And it worked! Every mention of major NBA teams has to mention the Sixers, a team that has averaged fewer than 19 wins over the past four seasons. Joel Embiid is great when he’s played, but he has been injured for most of his professional career. Everyone else on the team is basically okay or a question mark who has not yet played an NBA game. Also, there is Jahlil Okafor.

When the Sixers traded for the first overall pick, fans declared victory for The Process, retweeted old tweets that made sportswriters looked bad, and decided the Sixers had one of the best cores in the NBA without having so much as one young player who’s been both good and healthy: