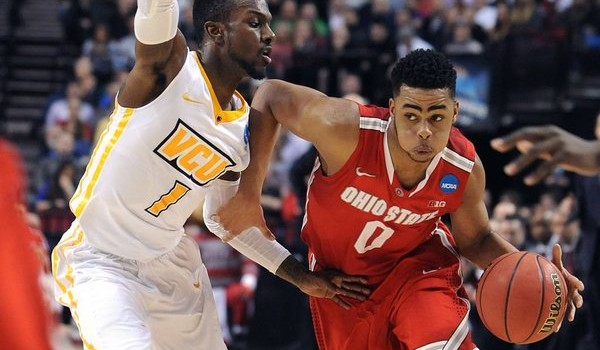 The next two dates circled on Sixers fans’ calendars are:

May 19, when the draft lottery takes place, and then the NBA draft on June 25.

Their target, according to one anonymous league executive, is Ohio State guard D’Angelo Russell. From the Inquirer’s Keith Pompey:

Five Sixers executives, including general manager Sam Hinkie, were on hand when the Louisville native collected 23 points, 11 assists, and 11 rebounds in a 79-60 victory at Rutgers in February.

It should surprise nobody if the Sixers have major interest in Russell. He’s a tremendous passer who can play both backcourt positions and shoot from long range. He has star potential, and there’s no one on Philly’s roster remotely like him. Seems like a great fit.

The tricky part is what happens if the Sixers get a top-two pick. The two highest-ranked prospects are Kentucky’s Karl-Anthony Towns and Duke’s Jahlil Okafor, both big men.

Philly already has Joel Embiid and Nerlens Noel, so it might not want that kind of duplication in the front court. In that scenario, perhaps Sixers Hinkie would trade a couple spots down and take Russell, like he did last season with Dario Saric. Perhaps he would move Embiid or Noel. If we’ve learned anything about Hinkie, though, it’s that he’s open to anything. A lot can happen on draft night, and with Philly, it usually does.