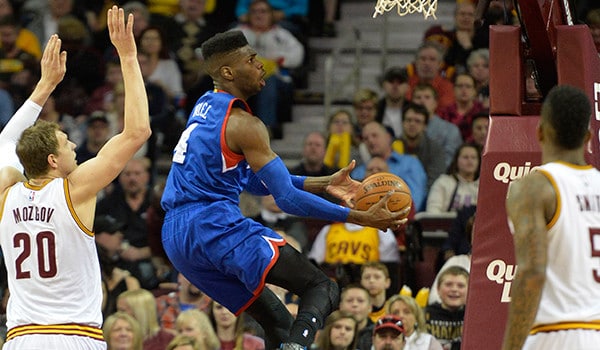 HERE’S WHY SIXERS’ NERLENS NOEL AND BLAZERS MIGHT BE A MATCH!

So, Bryan Colangelo, what’s up on the Nerlens Noel front?

The Sixers big boss would like to trade the unhappy center, but he can’t until Noel returns from his minor knee surgery and proves his value to a trading partner.

The Sixers have three centers who can fill the bill in Noel, Jahlil Okafor and Joel Embiid. Noel opined in September that it is impossible for the Sixers to find playing time for all three and one of them needs to be dealt:

“I don’t see a way of it working, it’s just a logjam. You’ve got three talented centers that can play 30-plus minutes a night and three centers can’t play 30 minutes a night. That’s that,” Noel said. “Obviously, somebody’s got to be moved around. It’s a tough situation, but I can only say so much because I have no say and no power.”

Colangelo replied that he is in no rush to move any of the three and that management is thrilled with its young talent. At the same time, the deadline to extend Noel’s expiring rookie contract passed on Oct. 31 with no news that Noel and the Sixers had even opened negotiations.

It’s safe to say that the relationship is fractured and Colangelo would be interested in making a trade before Noel becomes a restricted free agent this summer and Philly’s hand is forced.

The natural follow-up question: Should the Portland Blazers make a trade to buy low on Noel in an attempt to solve their defensive woes?

On the positive side, Noel has bona-fide stud  potential on defense. During his rookie year Noel put up gaudy block/steal numbers (top 10 in both!) and had an elite impact as measured by advanced statistics. He has the athleticism to erase shots from all angles around the rim (doesn’t matter who’s shooting!), and the range to disrupt pick-and-rolls like nobody else on Portland’s roster.

Noel did take a step back when he was moved to power forward and paired with Okafor last year, but he would face no such competition for minutes at center with the Blazers.

On the downside, Noel does not have the best reputation around the NBA. He has missed team functions, was accused of trashing a rental property, and is beginning to develop a reputation as a malcontent. At the same time, Noel has been in a fairly terrible situation in Philly, and Embiid and Okafor have also gained negative reputations with the 76ers. The Blazers, who have been touted for their locker room strength, may be the change of scenery he needs.

Noel also has a semi-concerning injury history – he suffered a torn ACL in 2013 and had another minor surgery on the same knee in October of this year. But he was mostly healthy for the last two NBA seasons, playing a total of 142 games.

Whether or not the Blazers have the pieces to make a trade for Noel without sacrificing C. J. McCollum will depend on how far the center’s stock has fallen with his current team, and what other GMs around the league are willing to offer for his services. For added context, a potential trade of Noel to Atlanta for Jeff Teague was rumored this summer but never confirmed.

Working in the Blazers’ favor is the the 76ers’ lack of outside shooting. They’re woefully undermanned at guard, starting Blazer castoffs Sergio Rodriguez and Gerald Henderson, and this might open the door for the Blazers to snag Noel with a package centering around Allen Crabbe. 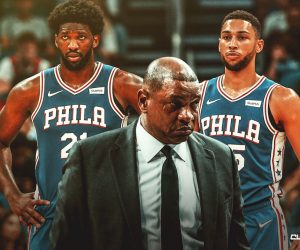 HOW SIXERS DOC RIVERS WILL GET JOJO AND BENNY TO THE TITLE! 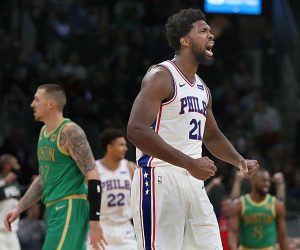 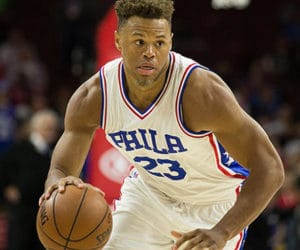