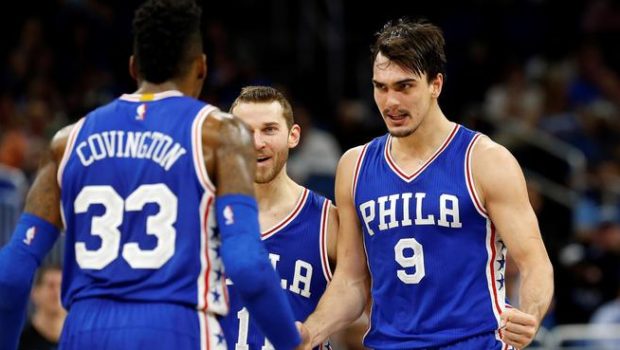 SIXERS MAY BE NEXT PHILLY TEAM TO PARADE DOWN BROAD STREET!

This may be only the beginning of the Sixers’ rise. Going into the season, ESPN ranked Philly sixth in its NBA future power rankings, representing each team’s potential over the next handful of years. And since the start of the season, only two teams — the Magic and Celtics — have tacked more points onto their Elo ratings than the Sixers have.

We asked Brett Brown, who’s in his fifth season as Sixers coach, about that unusual transition.

“I do it multiple times every day,” he said when asked if he’s already given serious thought to making a title run with this core group at some point. “But I also feel incredibly grounded, because I’ve seen four championships, and my Spurs life helped me understand how hard it is and how long a process it is. You cannot skip steps, and you need some luck with health. I’m not young anymore, so the excitement of what could be is always with me. I think about it all the time.”

NBA teams which started with an Elo rating above 1440, dipped below 1200 within two seasons, and rose back above 1440 in the following two seasons: