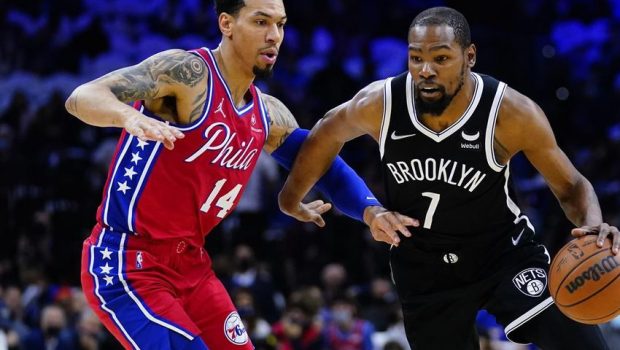 The Sixers choked away a win last night by going the last 5:33 of their 114-109 loss to the Nets without a field goal.

But the players were helped by coach Doc Rivers’ brain fart.

With just over a minute left to play, the Sixers were clinging to a two-point lead and got the ball to Joel Embiid in the post. He tried to go to work, but got trapped too far under the basket and couldn’t get his shot to go. The Nets took off in the other direction, looking to tie or take the lead.

In all of the chaos, Kevin Durant tried to barrel his way through traffic and crashed right into Danny Green on a bang-bang play. It could have gone either way, but the refs called a block in Green, which caused every Sixers fan and coach to erupt in frustration.

The announcers immediately suggested that Rivers might challenge the call, but for some reason he declined. On the ensuing play, James Harden found LaMarcus Aldridge for an and-one dunk to put the Nets in front for good. There’s no guarantee that the call would have been overturned, but those type of situations are exactly why you save your challenge for the end of the game. Just a bizarre decision by Rivers there.