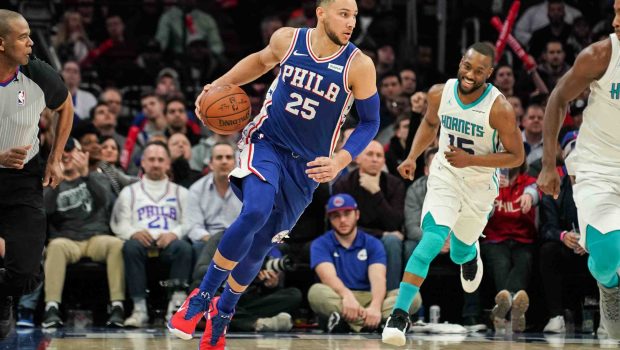 Few players have made a larger difference for their teams this season than Joel Embiid, who has had enormous impact at both ends of the court.According to NBA Advanced Stats, Philly has outscored opponents by 11.6 points per 100 possessions with Embiid in the lineup, far better than the Houston Rockets’ league-leading plus-9.3 net rating. When Embiid goes to the bench, the 76ers have been outscored by 3.9 points per 100 possessions, barely better than the New York Knicks’ net rating (minus-4.4).

Amazingly, that’s true despite the fact that Philadelphia coach Brett Brown has staggered the minutes of his two stars, keeping Ben Simmons on the court more than 80 percent of the time Embiid is on the bench. With Simmons but not Embiid, the 76ers are stilloutscored by 2.3 points per 100 possessions. As Lowe has noted, however, that has been better lately. Philadelphia’s net rating with Simmons alone is a healthier plus-4.2 since the All-Star break.

The Sixers are deeper since adding Marco Belinelli and Ersan Ilyasova via the buyout market, and that has given Brown more flexibility to play without a traditional center. That was the case much of Wednesday’s game, which veteran backupAmir Johnson missed due to illness. Third-stringer Richaun Holmesplayed 22 minutes and Philadelphia gave 17 to lineups with Ilyasova orDario Saric as the nominal center. The 76ers were plus-5 in those minutes, and the smaller units offer ample extra floor spacing on offense if they can get enough rim protection from Ben Simmons (above) and the team’s forwards.

The good news is that easy schedule won’t change.

Philly faces just two playoff-bound teams the rest of the year, as compared to four games against teams with 50-plus losses (two vs. Atlanta, Brooklyn and Dallas) and two more against teams likely but not yet certain to finish in the lottery (Charlotte and Detroit).

The bad news is one of those playoff opponents is a showdown with the Cleveland Cavaliers on April 6 that could determine the third seed in the East. A Cleveland win in that game would also give the Cavaliers the head-to-head tiebreaker, making it a huge swing for the Sixers. (The other is on the season’s final night against the Milwaukee Bucks, who may be locked into their seed by that point.):