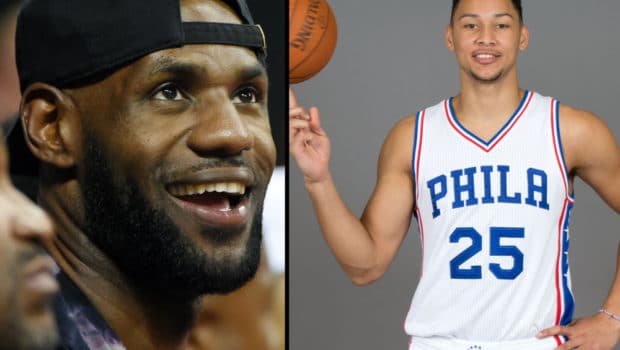 WHY SIXER SIMMONS AND JOJO MAY HAVE THE KING AS A MATE IN 2018!

When asked about any Ben Simmons-LeBron James comparisons, Sixer guard JJ Redick slipped in this subtle recruiting pitch. “LeBron, I think, is the greatest player to ever play,” he said.

The statement was made for interested ears. In other words, “Hey LeBron, the Sixers would be a great team for you to join in free agency after this season. Come play with Ben Simmons, Joel Embiid, Dario Saric, Robert Covington, Markelle Fultz, Amir Johnson and me, JJ Redick.”

If James, who can become a free agent after this season, decides to leave the Cavaliers, he could – and should – consider the 76ers, and executives around the league believe Sixers president of basketball operations Bryan Colangelo will attempt to sign James.

The Sixers are an intriguing possibility, and if James’ goal remains competing for championships and Cleveland is no longer the place, the Sixers can make a compelling case: