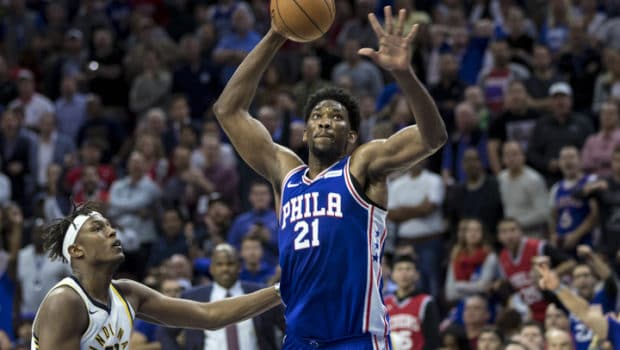 HERE’S WHY SIXER JOJO EMBIID IS THE NBA’S BEST CENTER!

In case you hadn’t noticed, we love to bash Sports Illustrated, the formerly terrific magazine that has fallen out of favor, overtaken by ESPN and ESPN the magazine.

But every once in a while, SI gets it right, like a broken watch that’s right twice a day.

Here’s their take on the Sixers and Joel Embiid:

Perhaps the premier center in the entire league, Embiid is truly questionable every night. “We all step back and you say, ‘Who is he?’” coach Brett Brown said. “Is he Sabonis, is he Olajuwon, is he Duncan; he can shoot a three, is he Dirk?” Yet on a daily basis, the Sixers simply must ask if Embiid will be ready to play. J.J. Redick had missed Philly’s two previous games before Christmas Day with a hamstring issue. And although he too was deemed questionable for the matinee, there was hardly any doubt that the Sixers sharpshooter would be firing under the Madison Square Garden lights. Embiid meanwhile has to progress through a meticulous series of benchmarks in order to be activated.

“There is a checklist,” Brown said, and it’s far grander than the coaching staff and Embiid collaborating to determine his status. “There’s physiotherapists involved, Joel has a significant say in all this, there are doctors, there are people that are looking at sort of pre-loading stuff that has gone on and patterns and trends,” Brown explained.