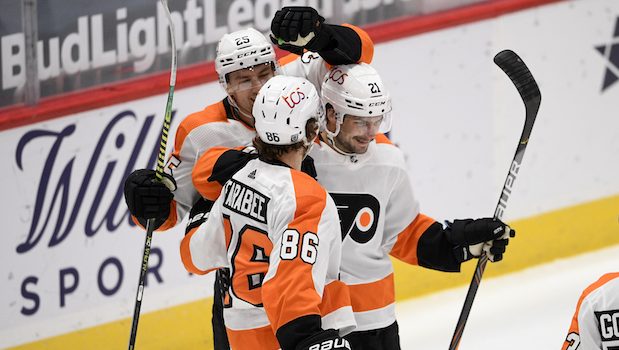 Scott Laughton scored his first NHL hat trick to help the visiting Flyers to a 7-4 win over the Washington Capitals.

Sean Couturier scored two goals and had an assist in 15:54 after missing the previous 10 games with a rib injury; James van Riemsdyk had a goal and an assist; and Carter Hart made 33 saves for the Flyers (8-3-2), who won for the first time in three games.

“There’s no doubt that [Couturier] is a difference maker, and he wanted to play today,” coach Alain Vigneault said. “I talked about bringing him [along] gradually … and we were just going to feel it out to see how he was feeling and sensing his game. At the end, I just decided to play him more and more.”