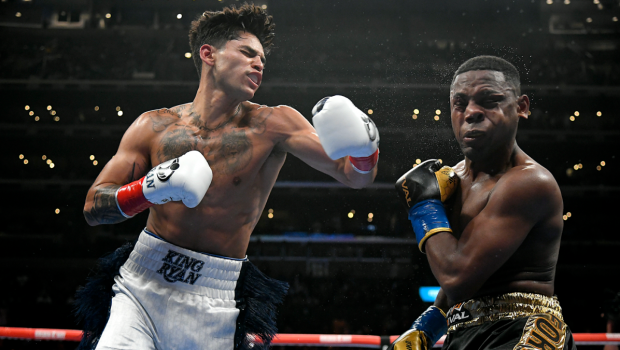 RYAN GARCIA’S KO OF JAVIER FORTUNA, CHECK IT OUT!

Ryan Garcia scored a sixth-round knockout of Javier Fortuna in a 140-pound bout in Los Angeles.

The 23-year-old star floored Fortuna in Rounds 4, 5 and 6, all the result of Garcia’s lightning-quick left hook. The first knockdown was produced by a body shot — and set up by a feint — but the following two hooks crashed into Fortuna’s chin.

That seemed like a walk in the park for Ryan Garcia.