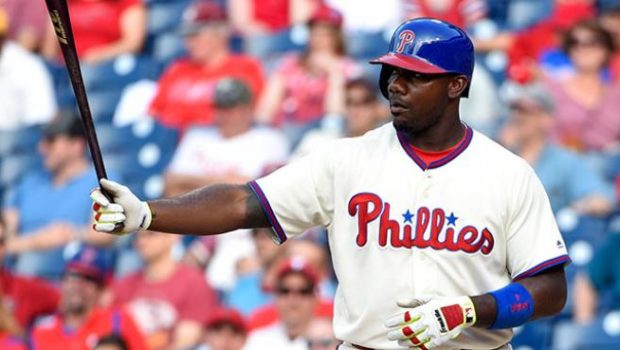 HERE’S HOW WE SHOULD REMEMBER PHILLIES GREAT RYAN HOWARD!

CSN Philly blowhard Reuben Frank normally fills the air with conventional wisdom and blather, not to mention some of the most arcane stats known to man.

But sometimes he hits the nail right on its head, as in his recent encomium to Phillies legend Ryan Howard:

From 2006 through 2011, Ryan Howard led all of major-league baseball with 262 homers and 796 RBIs. He hit .279 during that six-year span with a .929 OPS. And the Phillies averaged 93 wins during that period, winning the NL East the last five years, reaching two World Series and winning one. He was the most-feared slugger in baseball during that period. Every time he stepped to the plate, you watched, waiting to see that massive swing, that momentary pause to admire his handiwork, and that baseball disappearing into the night. The guy launched rocket shots. That’s the Ryan Howard I’ll remember.