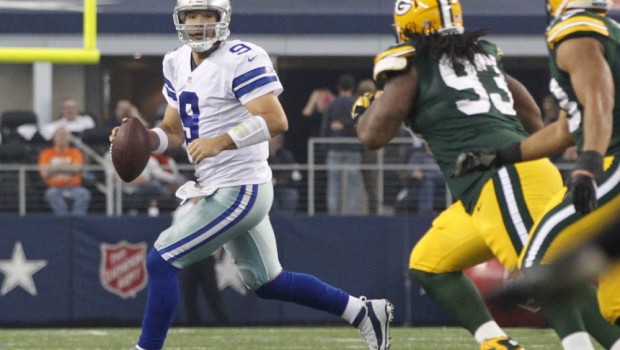 Do not be surprised if there are a couple of surprises in the NFL playoffs this weekend, but Vegas isn’t buying it.

The NFL divisional playoff weekend is a football fan’s dream. Two games on Saturday and two games on Sunday with eight of the league’s best teams in action. But this season, oddsmakers are predicting four blowouts.

For just the third time in the past 20 years, all four divisional playoff games feature home favorites of at least six points. On Saturday, the New England Patriots (-7) face the Baltimore Ravens and the defending-champion Seattle Seahawks (-11) host the Carolina Panthers. On Sunday, the Green Bay Packers (-6) meet the Dallas Cowboys and the Denver Broncos (-7) play the Indianapolis Colts.

The divisional playoff round has produced fewer upsets than any other postseason round except the Super Bowl. In the divisional round, favorites of six or more points covered the point spread over 57% of the time, according to Spreadapedia, compared with 48% in the regular season.

But in the two previous seasons where all four divisional games featured big favorites, both years produced some memorable upsets. In the 1995 season, Brett Favre led the Green Bay Packers to a 27-17 upset of the San Francisco 49ers—the only time during the 1990s that an NFC team won a divisional playoff game on the road. That same season, the Indianapolis Colts knocked off Kansas City, the AFC’s top seed, 10-7 after Chiefs kicker Lin Elliott missed three field goals.

In the 2007 season, a late touchdown run by backup quarterback Billy Volek helped the San Diego Chargers beat the Colts 28-24, while the New York Giants traveled to Dallas and upset the Cowboys 21-17. The Giants went on to spoil New England’s bid for a perfect season in the Super Bowl.

The Ravens and Cowboys seem to be the best bets to defy the odds this weekend. Baltimore has won two of their last three playoff games in New England. Dallas is 8-0 this year on the road, with quarterback Tony Romo completing 71% of his passes for 20 touchdowns (against two interceptions).