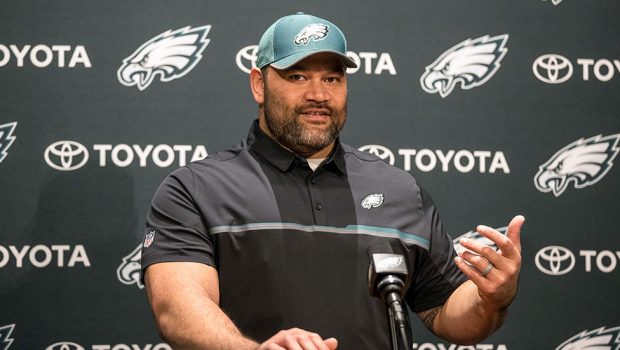 The Eagles rolled out their new defensive tackle Haloti Ngata yesterday after they signed him to a one-year contract.

Ngata was voted as the Lions’ nominee for the 2017 Walter Payton Man of the Year Award and was also named one of eight finalists for the Art Rooney Sportsmanship Award. The Haloti Ngata Family Foundation, whose mission is to improve the lives of others through love and strength, raises awareness about the importance of education and provides free college entrance exam preparation courses to students through the Ofa Ngata College Preparation Fund, which honors Ngata’s mother’s memory.