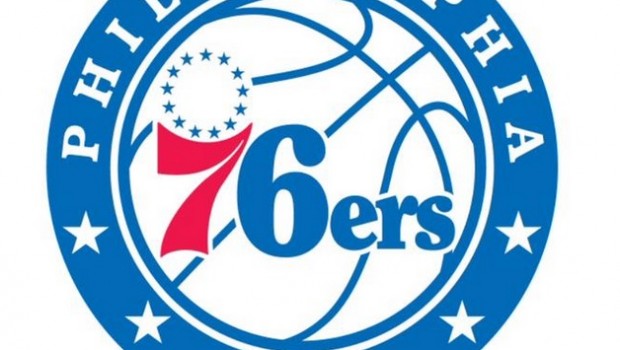 Typically when a team rolls out a new logo and new unis it has hoping to distract fans from the failings of the past.

However, the Josh Harris-owned Sixers don’t operate that way.

“The team’s new primary logo is a modern interpretation of the classic Sixers insignia, stylistically redeveloped to include a patriotic blue border with six white stars and “PHILADELPHIA” adorned across the heading. The familiar white basketball has been visually updated with a positional rotation of the seams. The emblematic ring of 13 stars present in the primary, partial and secondary logos continues to represent the original American Colonies.”

CEO Scott O’Neil also shared the news that the team will be completing the look with the unveiling of new uniforms at a free event at the Wells Fargo Center on June 18th. Special guests at that event will include Moses Malone, Allen Iverson, Bobby Jones, Billy Cunningham, and the sister of the late Wilt Chamberlain.

As for difference between the old and new logos, they are actually tough to spot aside from the border, stars, and inclusion of “Philadelphia.” They did however tweak the main portion of the logo by rotating the basketball and adjusting the size of the “76ers” text inside of it slightly.