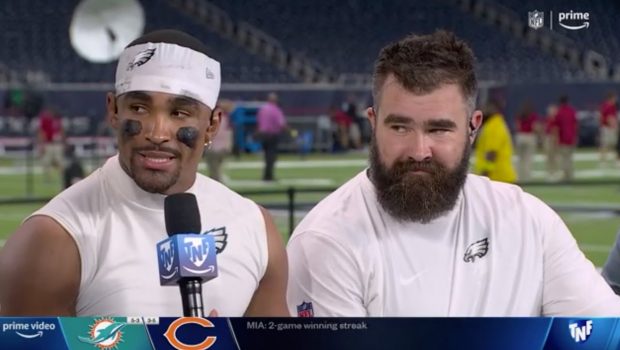 Eagles quarterback Jalen Hurts came to Saul High School in Roxborough to honor Nicolas Elizalde, the 14-year-old who was fatally shot outside Roxborough High School earlier this year after a football scrimmage.

Inside the gymnasium of the school Nick attended for just three weeks were his family, best friends, and teammates — many of whom were there when the gunfire erupted that September afternoon.