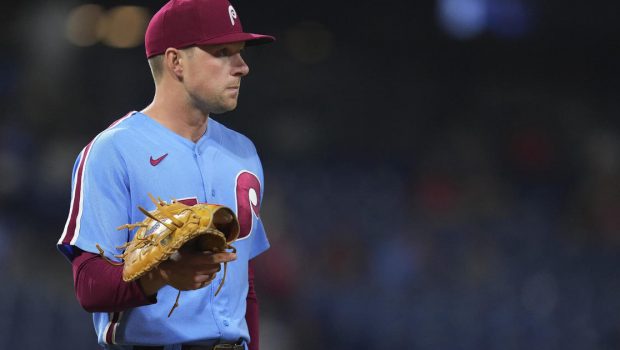 HERE’S HOW THE WHEELS CAME OFF THE PHILS BANDWAGON!

Zack Wheeler had retired 17 of the first 18 men he faced yesterday, and he hit Braves leadoff man Ronald Acuña Jr. with a first-pitch fastball with two outs in the sixth.

Wheeler then issued his first walk of the game on a 3-2 pitch to Dansby Swanson.

The next batter, Matt Olson, stroked a 1-2 slider on the ground to first baseman Rhys Hoskins.

What appeared to be a makeable, inning-ending play, turned into the first run of the game when Hoskins could not make a backhand play on the ball.