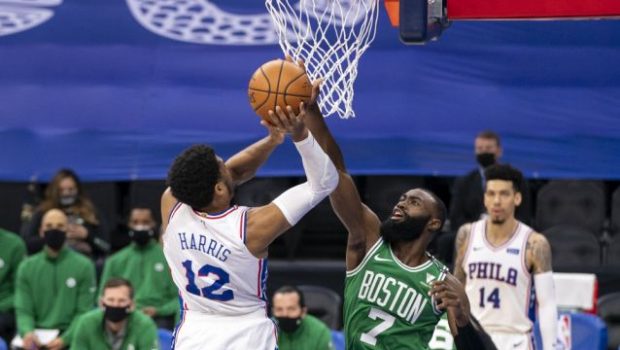 The Sixers now hold the top seed in the Eastern Conference at 10-5.

Entering the rivalry matchup with an emphasis on limiting turnovers, the Sixers did just that – turning it over nine times, while Boston committed 16.

Tobias Harris had 22 points and Shake Milton followed with 16