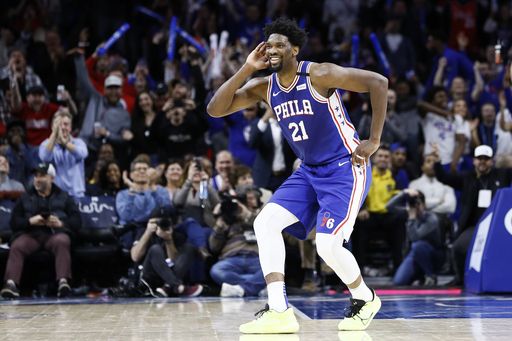 HERE’S HOW SIXERS CAN FLIP THE SCRIPT AND MAKE THE FINALS!

The Sixers reaching the Finals would be a true shock. Let SI.com make the case:

They entered the season as a trendy Finals pick, trailing only Milwaukee as the conference favorite among the NBA intelligentsia.

It’s been a disastrous season since. Brett Brown’s crew has been terrible on the road. The same offensive issues that reared their ugly head in the 2019 playoffs continued to linger. Things went from bad to worse in recent weeks as both Joel Embiid and Ben Simmons exited the lineup. Longshot was a charitable way to describe Philly’s title chances.

The league’s hiatus could flip the script on the Sixers season. Both Embiid and Simmons will be healthy by the time games resume, and perhaps more importantly, Simmons could do some soul searching and join the 21st century as an offensive player. The Sixers’ defense remains suffocating. No team has a counter for Joel Embiid at his best. Perhaps Philly can string together three strong series en route to an unlikely Finals appearance.