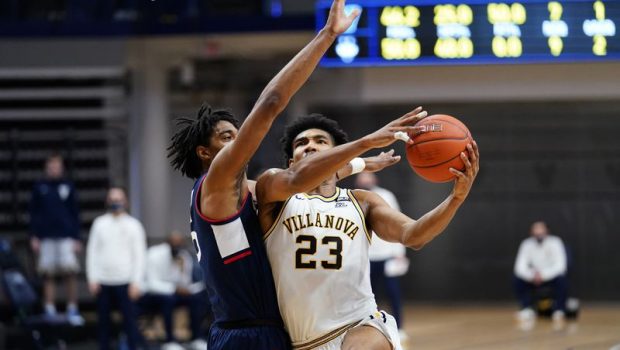 Villanova was coming off its worst defensive performance of the season in last Saturday’s loss at Creighton, a game in which the Wildcats gave up a season-worst 86 points while allowing the Bluejays to shoot 59% from the field. That defeat dropped the Wildcats five spots in the Associated Press Top 25.

The Wildcats held UConn’s star James Bouknight to seven points in the second half as the Huskies shot 30% (8 for 27) from the field and committed seven turnovers. It took until 34.7 seconds remained for Bouknight to make a second-half field goal. He scored nine of UConn’s first 12 points and ended up with 14 in a competitive opening 20 minutes that ended with the Wildcats ahead 34-32.